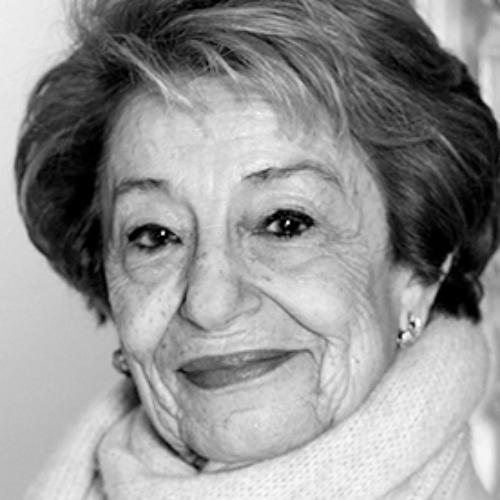 Beki Probst was born in Istanbul and studied law and journalism before joining the daily newspaper Tercuman and the weekly newspaper Hayat. In 1960, she moved to Switzerland, where she organized several cultural projects and became the manager of the Probst-Kinobetriebe (now Quinnie Cinemas) in Berne. Her commitment to film and cinema soon led her to expand her activities to Europe and beyond.

From 1981 to 1988, Probst was the Berlinale delegate for Turkey and Greece. In 1985, she organized a tradeshow for the Locarno International Film Festival. She also served on Locarno’s selection board until 1995. In addition, she worked as artistic director of the Geneva-based festival “Stars de demain.” She has served on the juries of several international film festivals, including Toronto, Jerusalem, and San Sebastián.

In 1988, she became the director of the Film Fair at the Berlinale, which she renamed the European Film Market (EFM). Under her management, which continued into 2014, the EFM became one of the largest and most important international film fairs. She became president of the EFM in 2014, a role she held until the 2018 Berlinale, marking the 30th anniversary of the EFM.

In 1992, Probst was made a Chevalier of the Ordre des Arts et des Lettres by the French Minister of Culture. In 2018, on the occasion of the EFM anniversary celebrations, the festival’s director Dieter Kosslick awarded her a Berlinale Camera for her outstanding work.