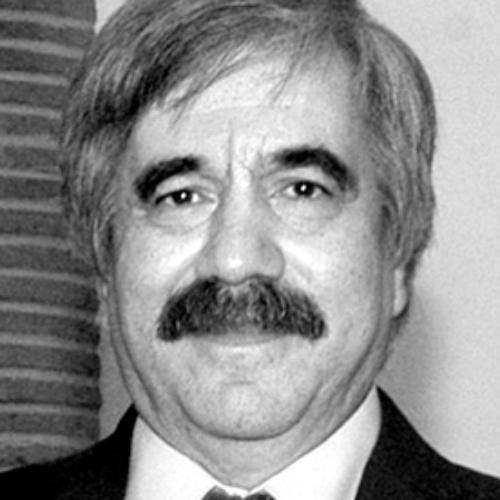 Born in Mexico City in 1954. In 1973, he enrolled in the UNAM’s University Center for Film Studies, where he directed the 8 mm short film Concha sola. He was the assistant to José Estrada on the feature films Maten al león and Ángela Morante; to Alfredo Joskowicz on Constelaciones; and to Ludwik Margules on La madrugada. He was the academic coordinator of Mexico’s Center for Film Training from 1978 to 1983. In 1982, he directed the documentary Bondarchuk en México and edited the film Nocaut (Knock Out), directed by his brother José Luis. In 1983, he became the technical deputy director of Estudios América, leaving this position in 1985 on his promotion to general director. In 1984, he directed Fuego nuevo, an episode of Historias violentas. That same year, he stepped down from his role at the studios with the hope of adapting Paco Ignacio Taibo II’s novel Algunas nubes for the screen. In 1990, he directed the short film El espejo de dos lunas, and in 1991, Mi querido Tom Mix. He made Pueblo viejo in 1992. In 1993, he set out to portray the aventures of Belascoarán Shayne, and he shot Amorosos fantasmas (Loving Ghosts), Días de combate, and Algunas nubes. He filmed Última llamada (The Last Call) in 1996 and La paloma de Marsella, with a screenplay by Eliseo Alberto, two years later. In 1998 and 1999, he directed five episodes of the TV show Cuentos para solitarios. In 2004, he was invited to direct the Guatemalan film Donde acaban los caminos, written by Mario Monteforte Toledo. From 2005 to 2008, he directed 15 episodes of the series Mujeres asesinas (Killer Women), as well as the series El equipo and La ruta blanca (The White Line). Since 2013, he has served as general director of Estudios Churubusco Azteca, S. A.